Joseph Farrell, the co-founder and Chairman of movie industry research specialist NRG (National Research Group), has died at the age of 76. 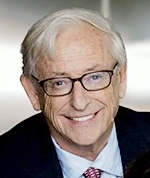 Born in New York, Farrell was a graduate of St. John's College, the University of Notre Dame, and Harvard Law School.

After working as a director of the Harris Poll, Farrell and business partner Catherine Paura co-founded NRG in 1978, to provide market planning and market research services to Hollywood's film studios. During his time there as CEO, the firm introduced tools to forecast a movie's box-office potential using tracking, test screenings, trailers and TV-spot testing techniques.

In addition, NRG launched the 'Competitive Positioning' report, to provide studios with an early warning when one of their films was about to be launched at the same time as a competitor's film with the same demographic audience.

In 2002, he and Paura sold NRG to Nielsen Entertainment, stating: 'We have always believed in the essential value of providing a central source of quality research for the benefit of all studios. Now as part of Nielsen Entertainment, NRG has never been in a better position to enhance its research offerings and to grow along with the expanding needs of the filmed entertainment industry.'

The following year, the pair set up motion picture production firm Farrell Paura Productions, which initially worked with The Walt Disney Studios. In addition, Farrell served as an executive and consultant to the Carnegie Corporation of New York, the National Endowment for the Arts and the Rockefeller Brothers Fund. He also developed the US Arts and Cultural Trend Data System for Congress, and authored 'Americans and the Arts, Museums: USA and the Cultural Consumer'.

Kevin Goetz - who worked with Farrell at NRG and is now CEO of research firm Screen Engine - commented: 'I owe so much to Joe. He gave me my first opportunity in the research business and for that I'll be forever grateful. During our sixteen years working together, I got to learn from the master. My heart goes out to his family and to his lifelong business partner Catherine Paura.'

Farrell died of natural causes and is survived by his wife, Italian actress Jo Champa, and their 7-year-old son Sean.