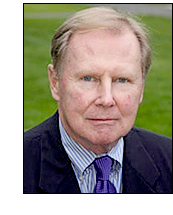 C3 Metrics' proprietary media analytics and attribution modelling platform is used to analyze the path consumers take through to conversion, to enable marketers to measure the 'true value' of both offline and online media.

In his new role, Dimling is tasked with rolling out C3's integrated model, to help brands and agencies better understand the impact offline advertising has on influencing online conversion decisions.

Dimling joined Nielsen in 1985 to introduce the Peoplemeter service to its TV ratings business, and he later served as President and CEO of Nielsen Media Research, Chairman of the Board of NetRatings (Nielsen Online), and interim Chairman of Nielsen Entertainment.

He was previously Executive Director and CEO of the Electronic Media Rating Council (MRC), and he held positions with the Corporation for Public Broadcasting, the National Association of Broadcasters, and the Board of the Advertising Research Foundation.

Since leaving Nielsen in 2008, he has served as a Board member at radio ratings giant Arbitron and at biometric and neuroscience provider Innerscope Research.

Mark Hughes, CEO of C3 Metrics, comments: 'Arguably no one has more depth in media measurement, and we turned to John for his insights, understanding, and long-standing relationships in television. We're thrilled to have him help guide us while rolling out TV attribution to a limited set of clients wanting to integrate both TV and digital attribution.'