Former ICM Group Chairman Justin Sampson has been appointed as CEO of UK television measurement body BARB, succeeding Bjarne Thelin who announced his resignation in February after nine years in the role. 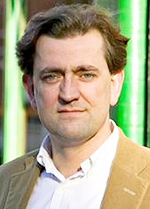 BARB (Broadcasters' Audience Research Board) - which is a not-for-profit company owned by the BBC, ITV, Channel 4, Channel 5, BSkyB and the IPA - provides in-home TV viewing measurement for the UK, obtained from a panel of 5,100 homes which return data from around 11,500 viewers.

Thelin is to leave at the end of 2012, to 'devote time to ideas' inspired by his Christian faith. Sampson will officially take up his post on 1st November, but will join BARB in mid-August on a project basis, to work alongside Thelin on several projects to deploy new technology and data sources to measure changing audience behaviour.

Sampson was Chairman of ICM Group for nearly two years, before parent company Creston scrapped the role in February. Prior to this, he was UK MD of TV audience measurement specialist AGB Nielsen, ITV's Director of Customer Relations, and MD of the Radio Advertising Bureau.

Announcing the appointment, BARB Chairman Nigel Walmsley said: 'Justin's wide experience in senior roles in broadcasting, research, marketing and television audience measurement will be invaluable. He will bring to the job both hands-on understanding of the core BARB gold standard service and an active engagement in digital media developments.'