Consumer insight technology firm Lumi Mobile has launched a self-service tool called Lumi SURVEY, which it says can be deployed across all major mobile operating systems. 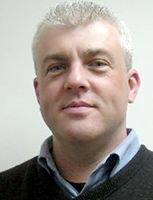 From its HQ in London and offices in Finland and the US, Lumi offers mobile technology for real-time audience engagement, while its proprietary RE4CTOR software is used by researchers to provide an understanding of consumer attitudes, opinion and behaviour. Last November, the firm struck a deal with Kantar, which took a minority stake in it in exchange for help with commercialising its mobile technology.

The new Lumi SURVEY DIY tool works with Internet-enabled feature phones, as well as with smartphones, and includes customisable online and off-line survey completion functionality. Users can create surveys using a variety of question types and displays, with more then 35 languages supported, and respondents can complete surveys on-or off-line, whenever is convenient. Feedback can be viewed on Lumi's online dashboard, while final results can be exported directly into standard formats such as SPSS or CSV.

CEO Richard Taylor comments: 'By delivering real-time data, Lumi SURVEY is able to measure responses to events or consumer experiences in the moment. The power of Lumi Mobile is now available as a self-service, cost-effective platform.'