Paul E. Green, Professor of Marketing at the Wharton School of the University of Pennsylvania and market research specialist, died recently at the age of 86, surrounded by his family. 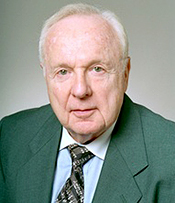 After serving in the US Navy, in 1950, Green earned his bachelor's degree in Mathematics and Economics from Penn. He then took up the post of Statistician with Sun Oil Company while continuing with his studies in Wharton's Statistics Department.

He taught three sections of Introductory Statistics, and was able to complete his Master's and Doctoral degrees in Statistics, while setting up a research division at Lukens Steel. In 1958, he joined DuPont's Textile Fibres group as Market Planning Consultant, to help in the design and implementation of marketing studies, and he worked there until 1962.

In the course of completing his doctorate, Green became Deputy Director of Wharton's Management Science Center, and from 1971 he served as Professor of Marketing and S. S. Kresge Professor Emeritus at the school.

He wrote more than sixteen books and 200 articles on market research-related subjects, and was a prolific contributor to marketing, business and social science journals.

In a statement provided by the Dean's office, the university said: 'Paul's influence on the marketing discipline ranges far beyond his ground breaking inspired writings. Above all, he was a role model to many in the marketing discipline in terms of his values, dedication and focus on research. He was one of the preeminent marketing scholars in the field for over four decades and was an inspirational colleague and teacher.'

Green became a Fellow of the Association of Consumer Research in 1990, and a Senior Fellow of the Academy of Marketing Science a year later. In 1996, he was presented with the Lifetime Achievement in Marketing Research Award by the American Marketing Association, and the same year, the association established the Paul E Green Award for the Journal of Marketing Research article that 'exhibits the most potential to contribute significantly to the practice of marketing research and research in marketing'.

In his private life, Green was an avid skier and enjoyed music and playing the piano. He is survived by daughters Patricia Rush and Carol Rickard; a son, Kenneth Green; a sister; five grandchildren; and five great-grandchildren. His wife, Elizabeth 'Betty' Green, preceded him in death.

Contributions in his memory may be made to Sunrise Assisted Living at Paoli, 324 Lancaster Avenue, Malvern, PA 19355.