Yahoo! has acquired Beijing-based social media analysis firm Ztelic, aiming to boost its R&D efforts in China. Terms of the deal were not disclosed. 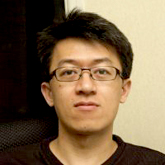 Ztelic's team has developed a software product for analyzing and monitoring activity across social networks. Yahoo! said in a statement that it has acquired the company for its engineering talent, comprising eight developers and engineers, along with founder Hao Zheng (pictured), who previously served as Chief Architect in Yahoo!'s R&D Labs in China.

In his new role, Yahoo! says Zheng will 'play a critical leadership role' in the Beijing-based R&C Center, while also working from the company's Sunnyvale, California HQ.

Ztelic is planning to shutter its product offering as a result of the acquisition.