UK-based consumer and cultural insight agency Flamingo is opening an office in São Paulo, in September, to serve as a hub for research throughout Brazil and the wider Latam region. 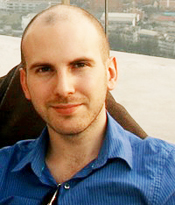 Flamingo was founded in 1997 by Kirsty Fuller and Maggie Collier and acquired by media and marketing holding group Omnicom a decade later. As well as its office in London, the firm operates in Mumbai, New York, Shanghai, Singapore and Tokyo.

Commenting on the launch, Connor said: 'Having worked extensively in Latam for many years, we're delighted to bring our expertise to even more clients. As the global spotlight now turns towards this culturally diverse region, we look forward to helping brands achieve success here - through the consumer, cultural intelligence, and semiotics insights which have made the Flamingo Group a leading light in brand strategy across the world.'