Facebook has introduced strict research guidelines, in response to a recent revelation that the firm had conducted a psychological experiment in which it manipulated users' news feeds to assess the impact on the mood of their subsequent posts. 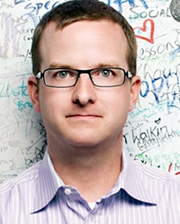 In the experiment, conducted between January 2009 and March 2012, Facebook examined data posted by nearly 700,000 users, altered its content to exaggerate positive or negative stories, and then recorded the impact this had on the users' own posted content. In July, the Information Commissioner's Office (ICO) said it was planning to investigate this experiment, after some Facebook users expressed their anger.

In response, Facebook has now introduced a new framework that covers both internal work and research. This includes giving researchers clearer guidelines if proposed work is focused on studying particular groups or populations, or if it relates to content that may be considered personal, such as emotions. The guidelines also require further review if the work involves collaboration with someone in the academic world.

In addition, Facebook has created a panel which will review projects falling within the guidelines, and will add to the firm's existing privacy cross-functional review for products and research. The company's induction will now include education about research practices, and Facebook has launched a research web site, where published academic research is available in a single location.

CTO Mike Schroepfer (pictured) comments: 'We're committed to doing research to make Facebook better, but we want to do it in the most responsible way. We want to do this research in a way that honors the trust you put in us by using Facebook every day. We will continue to learn and improve as we work toward this goal.'