WPP's Kantar has acquired the majority interest in IBOPE Media, which comprises IBOPE Pesquisa de Midia e Participaçőes, IBOPE Latinoamericana, and IMI.com. It has also bought the remainder of Millward Brown do Brasil and a minority share in IBOPE's political and social subsidiary. 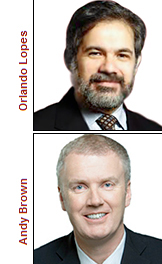 Millward Brown do Brasil is already part of Kantar and was previously 55% owned by WPP, while political and social polling business IBOPE Inteligencia Pesquisa e Consultoria is now 49% owned by the global group. Financial terms of the deals were not disclosed.

Founded in 1942 by the Montenegro family, IBOPE (The Brazilian Institute of Public Opinion and Statistics) is headquartered in both Sao Paulo and Rio de Janeiro, with offices around the country and in other Latin American states, as well as operations in the US. IBOPE Media employs more than 2,200 people in offices in sixteen countries, and for the year ending 30th September 2013 recorded gross revenues of R$392m (c.$US 147m at today's rates).

WPP has been a minority shareowner in IBOPE Media since 1997. In 2009, it sold Puerto Rico-based media research agency Mediafax to IBOPE, and in return increased its shareholding in the three IBOPE businesses. At the time, WPP held a 42.15% stake in the media division, and through the asset swap, raised this by a further 2.05%.

With the latest deal, IBOPE Media's senior management and company structure will remain unchanged. CEO Orlando Lopes will continue to run the company, while joining the Kantar Media Board and reporting to Chairman and CEO Andy Brown, who comments: 'Kantar Media and IBOPE Media have worked in partnership for seventeen years. Given the opportunities we see in the region, the time was right to increase ownership and to accelerate the sharing of technologies and offers with the Kantar Media business.'