Three months on from announcing that it would embark on a 'bruising' restructure, Australia-based STW Communications Group has reported 'disappointing' results, with organic revenue down 4.2% and underlying net profit after tax sliding 22.5% to $15.1m. 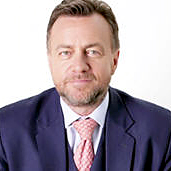 In June the Group, which owns a number of research and analytics agencies, announced a new management structure and said it would merge a number of its businesses, following a troubled 2014 and a slump in share price. CEO Mike Connaghan (pictured) told media news site www.mumbrella.com.au there would be job losses and the cutting out of 'dead wood', including a reduction of the number of subsidiary companies from 80 to around 50.