Kantar Media and TNS Gallup have won a continuation of their contract to provide the currency for measurement of TV audiences in Denmark. The new deal will run for five years from 2017, with the option to extend until 2024. 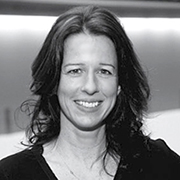 The two companies have been delivering TV ratings to Denmark since 1992, and were awarded the extended contract after a competitive pitch involving Nielsen and Ipsos. The award was made by the Danish TV audience measurements steering committee, which includes members from the Danish Broadcasting Corporation (DR), TV 2, MTG, Discovery, Disney, Turner, Viacom and FOX.

From 2017, the contract will include enhancements to measure TV content that is broadcast, streamed or time shifted across all devices. The base panel will increase 20% to 1,200 households measuring viewing on the TV set ('Core TV'); and a secondary panel of 1,000 individuals will be recruited to measure in-home and out-of-home TV viewing on tablets, smartphones and PCs ('Extended TV'). This latter segment will be enriched with a 25,000-strong web profile panel, adding granularity. Kantar Media will then use mathematical algorithms to combine the data sets in the early hours each morning, to deliver consolidated TV ratings to the industry each day.

Mette Lehrmann (pictured), Research Manager at TV2 and Head of the steering committee, stated: 'Today's announcement follows a rigorous and comprehensive search for the best methodological and technology approach to provide a complete view of the TV audience. We are confident that in Kantar we have a partner who has proposed the highest possible standards are maintained whilst the complete measure of the TV audience is achieved'.