comScore has reported an 8.4% rise in fourth quarter revenue to $98m compared with the prior year period, while full year revenue increased 13% to $368m, on the back of a pre-tax loss of $5m. The firm has also announced the launch of a new cross-platform TV ratings service, to rival Nielsen's. 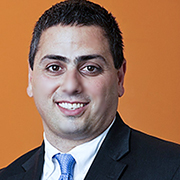 comScore also announced the completion of its acquisition of multi-screen specialist Rentrak, and laid down a challenge to Nielsen through the launch of a new monthly cross-platform TV ratings service. This service will be introduced in April through the combination of Rentrak's set-top box data and comScore's own digital measurements. In a conference call, comScore CEO Serge Matta (pictured) said that there will be a 'vast expansion' of the total home panel used to collect data - from 4,000 devices currently, to 60,000 by the summer, and 300,000 by the end of the year.

Nielsen's President, Product Leadership Megan Clarken responded to the news, saying Nielsen offers the only total audience measurement, comparable across all screens, available on the market now. 'There are myriad analytics options for the media industry, but Nielsen's focus is on delivering the actual currency ratings data used for trading billions of dollars in advertising. We welcome competition across the marketplace, and as the global leader in total audience measurement, we remain laser-focused on delivering industrial strength, superior quality, and gold-standard audited processes and methods to the industry,' she said.