Online community and survey tech provider Toluna has expanded its presence in Latin America through the opening of its first office in Brazil, led by Luca Bon as Sales Director. 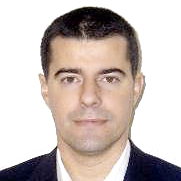 Toluna has invested in building in-region respondent recruitment and community building across South America. Bon joins the new the office in Alameda Santos, from food producer Pastificio Rana, where he served as MD for the past five years. Before this, he worked for eGaming business Sisal, and was VP Marketing/Communications/Corporate Affairs for McDonalds Italy. Earlier, he was Deputy General Manager of IW Bank, and Global Marketing Director of Procter & Gamble.

Marco Gastaut (pictured), MD, South Europe & Latam, comments: 'The opening of our first office in Brazil marks a milestone in Toluna's growth in the Latin America region. These markets are of considerable importance for the company, and we are acting as such. With Luca's leadership and expertise, I am very confident Toluna will contribute to more success, local support for our clients, and grow significantly in the region'.