New York-based Geopath, which was formerly known as the Traffic Audit Bureau for Media Measurement, has selected location data specialist Streetlytics to power its new OOH (out of home) measurement solution MORE, due for launch later this year. 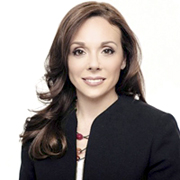 Geopath is a non-profit organization acting as an independent auditor for OOH media in the US. Its system measures audiences who actually see advertising, and creates ratings for transit media and digital billboards. Streetlytics, from Citilabs, uses data from its partner AirSage along with other data sources, to produce a dataset of current population movements.

Under the deal, Streetlytics will provide Geopath with a 360-degree view of aggregated anonymous audience movement, tapping in to mobile devices, GPS and connected car data. As a result, says Geopath, the OOH industry will be able to identify and reach its audiences with levels of precision never before possible.

The new MORE solution will offer measurement of audiences who have been exposed to OOH ads, and provide predictive capabilities on how many individuals are likely to be exposed to signage in the future. Kym Frank (pictured), Geopath President, comments: 'Now OOH advertisers will be able to more precisely understand who they are reaching through a unified measurement system. This will give advertisers and their agency partners the ability to better optimize their planning and assess campaign performance, empowering them to deliver the most impactful messages, at the right time, in the best location to their specific target audience'.