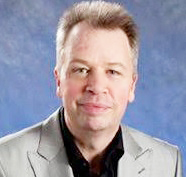 In 1983, having completed his sociology studies at Kingston University, Cornelius (pictured) became a trainee Research Executive at IFT, a subsidiary of London-based Gordon Simmons Research (GSR), and then worked there for the next thirteen years. During this time, he became Divisional Head, responsible for the call centre, and then GSR's youngest ever Board Director. US company Opinion Research Corporation acquired GSR in 1993, and three years later Cornelius was named GSR MD with overall accountability for the strategy, day-to-day running and financial performance of the UK business. Then five years later, he became Deputy MD UK/Europe of what was by then known as ORC International, with responsibility for three selling divisions - Business Services, Financial Services and Technology - as well as for Operations.

For the past fifteen years, Cornelius has been ORC International's MD for UK and Europe - during this time, the company and its social research specialist Macro International (ORC Macro) were acquired by Infogroup (formerly InfoUSA) for $134.3m; and then Infogroup was itself sold to affiliates of CCMP Capital Advisors. Following Infogroup's takeover, ORC International was bought out by a group of the firm's senior managers, with backing from Chicago-based private equity firm Lake Capital Management. Lake then acquired marcoms group The Engine Group, which in turn, merged ORC International with entertainment and content marketing agency Trailer Park.

Commenting on Cornelius' departure, an Engine spokesperson said in a statement: 'We want to thank Richard for his contribution and commitment over the years. Richard leaves ORC UK in strong shape for the next stage of the journey. We are working with the ORC leadership team to shape that journey over the coming weeks, and will keep you informed of our progress'.