Effective October 1st, US MR and training company Burke, Inc. has promoted Diane Surette, adding the title of President to that of Chief Client Officer, which she has held for the last eighteen months. 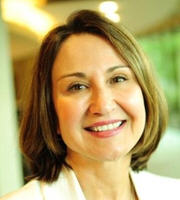 The position was created last year, and aligns three client-facing functions under one individual to improve internal communication and collaboration.

Before joining the company in 1996, Surette was a consultant with Organisational Effectiveness Consultants. At the end of a project for Burke she was asked to join the company and tasked with forming a division helping clients to act on their Burke customer data. She was promoted to SVP Client Services in 2004, and later to SVP leading the Client Services function.

CEO Jeff Miller says Surette has already made a significant impact on the firm's ability to serve its clients, since taking the CCO role. He adds: 'With this promotion, the Technology and Data Collection functions are added to Diane's scope of responsibility, creating more opportunity to leverage the strengths of employees and mobilise resources'. Miller praised her understanding of the power of collaboration, and her 'approachable, open leadership style', and concludes: 'With Diane as our President and CCO I see many more years of success in Burke's future'.

Burke was founded in 1931 and is based in Cincinatti, Ohio. Web site www.burke.com .