WPP is planning to spend £300m on restructuring over the next three years, with the aim of delivering estimated annual savings of £275m by the end of 2021 and returning the business to growth. This restructure will result in the loss of around 3,500 jobs, but will also add 1,000 new ones. 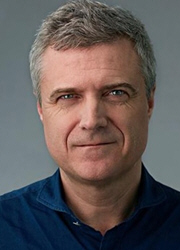 In September, WPP announced that revenue from its Data Investment Management (DIM) division fell 4.9% during the second quarter to £640m - equivalent to a 1.5% drop in constant currency terms. The group as a whole managed its first quarter of like-for-like revenue growth for more than a year. Then in October, a fifth of WPP's market value was wiped out after the group missed its forecast for third-quarter sales and downgraded its full-year guidance.

CEO Mark Read (pictured), who took over from WPP founder Sir Martin Sorrell three months ago, is driving a turnaround strategy which includes a formal process to review the possible sale of Kantar, home to agencies such as TNS, Millward Brown and Lightspeed. If a transaction is agreed, it is likely to be announced in the second quarter of 2019, and WPP says it has already received numerous unsolicited expressions of interest.

According to Read, WPP's turnaround strategy incorporates a 'simpler offer' and a 'streamlined structure' built around the needs of clients as they react to the changing marketplace. In addition, WPP is considering establishing a shared service infrastructure to support 30 countries over the next five years, while right-sizing and disposing of under-performing businesses. The latter will include shutting 80 offices and combining operations in a further 100 locations, resulting in the loss of 3,500 of its 134,000 staff - mainly in administrative roles. However, WPP plans to hire 1,000 creative staff, meaning net job losses would total 2,500.

Read comments: 'We are fundamentally repositioning WPP as a creative transformation company with a simpler offer that allows us to meet the present and future needs of clients. We describe our approach as 'radical evolution': radical because we are taking decisive action and implementing major change; evolution because we will achieve this while respecting the things that make WPP the great company it is today'.

Shares in the company rose 6% following the update, and closed 4.8% up.