US-based marcoms network MDC Partners is implementing a two-year plan, to transform itself by combining its talent, data, research, strategy, digital and media offerings. To kick-start this plan, the firm is replacing its CFO and its General Counsel, David Doft and Mitchell Gendel respectively. 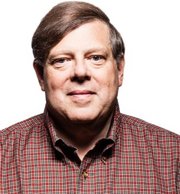 MDC Partners comprises more than 50 partner-companies including a number of market research, shopper marketing and data and analytics specialists. The group suffered a setback in 2015, when CEO Miles Nadal left after being forced to repay nearly $12.5m in expenses, following an investigation by the SEC. Then two months ago, private equity firm The Stagwell Group, owner of the Harris and Harris Poll brands, stepped in to acquire a $100m stake in MDC Partners, with Stagwell founder Mark Penn (pictured) named as MDC's CEO. Penn is the co-founder of MR agency Penn Schoen Berland, which he sold to WPP before becoming CEO of WPP PR agency Burson-Marsteller.

Under Penn's control, MDC Partners has named Frank Lanuto as Executive Vice President and Chief Financial Officer, based in New York and starting during the second quarter; and Johnathan Mirsky as Executive Vice President, General Counsel and Corporate Secretary based in Washington DC and starting on June 17. Lanuto has worked with Interpublic, Publicis and Omnicom, and most recently served as VP, Corporate Controller at luxury and fashion goods company Movado Group. Mirsky is a corporate attorney who is currently a Partner at Harris, Wiltshire & Grannis, a law firm he co-founded in 1998. Doft and Gendel will remain with the company to ensure a smooth transition.

Commenting on the news, Penn said: 'MDC Partners is well positioned for future growth, with incredible agencies, top talent and a promising future. Our corporate team's immediate priority will be to operationalize the centralization of resources and services, in order to empower our remarkable talent and fuel our growth ambitions. Frank and Jonathan both come to MDC with the deep and relevant experience necessary to help us build a more successful future for our talent, partners and shareholders,'

Separately, for the first quarter, the firm has reported flat revenue growth of 0.6% to $328.8m from $327.0m a year ago; and organic revenue (which discounts the impact of M&A and currency) was down nearly 1%. Adjusted EBITDA was up 175% to $21.5m from $7.8m in the prior year period, following reductions in staff, real estate and corporate expenses during the quarter.