Troubled direct marketing and targeting firm Harte Hanks has announced that CEO Bant Breen has resigned from his role, to 'focus on other interests and professional pursuits'. President and COO Andrew Harrison will now take the title of Principal Executive Officer. 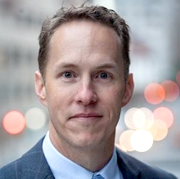 Harte Hanks has around 3,200 employees and its services include consulting, strategic assessment, analytics, mobile, print, direct mail and contact centers. The firm received a notification of non-compliance from the New York Stock Exchange in August 2017 after its share price dropped below one dollar, and has since been attempting to turn its fortunes around, shifting its business model to a more digital approach and rebuilding its management team. However, for the first quarter, the firm posted an adjusted operating loss of $6.4m, and in April it announced plans to reduce its headcount.

Breen was named CEO in January, following the departure of Karen Puckett in August. His previous career included founding executive digital identity platform Qnary, and leadership roles in marcoms giants IPG, Publicis and WPP. At IPG he was Worldwide CEO of global search and social media agency Reprise, after launching social media strategy and activation unit Prophesee, and serving as the Executive Director of the IPG Emerging Media Lab.

A filing with the US Securities and Exchange Commission announced that Breen would be stepping down today, and that Harrison (pictured) will become Principal Executive Officer after 24 years with the company. Breen has agreed to act as a consultant for Harte Hanks until November 10th, for a fee of $31,667 a month.