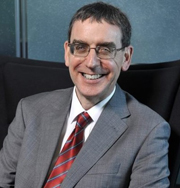 The authority is described as 'an independent body operating at arm's length from government as a non-ministerial department, directly accountable to Parliament'. It is charged with promoting and safeguarding the production and publication of official statistics that serve the public good; their quality and comprehensiveness; and good practice in their compilation and dissemination. The Office for National Statistics (ONS) is the executive office of the UK Statistics Authority and the largest producer of official statistics in the UK.

Pullinger (pictured), who joined in 2014, began his career as an Assistant Statistician at the Department of Trade and Industry, then worked at the Department of the Environment and the Office of Manpower Economics, before becoming Director of Policy and Planning at the Central Statistical Office in 1992, helping to create the Office for National Statistics. He was subsequently editor of the Social Trends publication, a member of the ONS management Board, and in 2004 became the 14th Librarian of the House of Commons. He was appointed as a Companion of the Order of the Bath (CB) in the 2014 New Year's Honours list.

During his time in the post, Pullinger has overseen the introduction of the Digital Economy Act 2017, enabling better use of data and clearer assurance for the public on how it is being used. He was also involved in the establishment of the Economic Statistics Centre of Excellence, the launch of the Data Science Campus in Newport, and preparations for the UK's first predominantly online Census.

Commenting on the news, Sir David Norgrove, Chair of the UK Statistics Authority, said: 'On behalf of the Board and staff of the UK Statistics Authority I would like to give huge thanks to John for all that he has achieved. He has been an inspiring leader to analysts not just in ONS but right across government, transforming the evidence available to decision-makers across the UK. His reforms will stand us all in good stead for years to come'.

The announcement of a new National Statistician will be made later in the summer.