In Australia, MR start-up Qualie.com has closed a $1m seed round as it rolls out a beta version of its video insights platform. 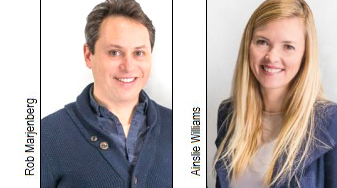 Williams comments: 'As founders we are passionate about using technology to make market research faster, more accessible, and better. Qualie is the result of this passion, and we really believe it has the potential to become an Aussie version of the Qualtrics success story. I know everyone involved in the business shares this belief.'