London-based research technology firm Liveminds has officially expanded to the US with the opening of an office in Chicago. 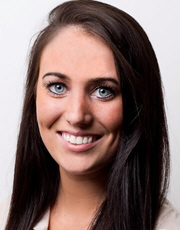 Liveminds' 'Behavioural Recruitment' approach, which was awarded Best Support Service in last year's Market Research Society (MRS) Operations Awards, is used to find research participants matched on social media networks, powered by big data on two billion people in 190 countries. These profiles are searched worldwide to recruit representative participants, and adverts are placed in the social news feed of hyper-targeted audiences based on their demonstrated behavior, interests and demographics.

Earlier this year, the firm opened an office in Manila, in the Philippines, using an undisclosed amount of private investment combined with revenue growth of 117% from Behavioural Recruitment in the previous financial year. Its new office is headed by Erica Siebert (pictured), US Account Manager, who has spent the last year at Liveminds' HQ in London.

Company co-founder Hugh Carling comments: 'The decision to expand into North America was the next logical step for Liveminds. With headquarters in Europe and our office in the Asia-Pacific region we're delighted to be able to strengthen our global service capabilities'.