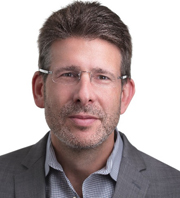 Set up in 2016 by CareerBuilder founder Rob McGovern, PreciseTarget profiles the retail shopping taste of 220 million US consumers against data sets of more than five billion retailer-provided, SKU-level transactions, along with daily data feeds from hundreds of major retailers. This helps brands and retailers match their product assortments with customers. Paletz (pictured) joins from consumer intelligence solutions provider Mobilewalla, where he initially served as Head of Sales before moving into the role of VP, Partnerships & Channels US. Prior to this he worked for mobile marketing and ad platform InMobi, where he was tasked with establishing preferred agency partnerships with WPP, Publics, OMG and IPG. In his new role, Paletz will oversee strategic partnerships and raise awareness for the company's taste-based retail audience segments.

McCasker joins from software developer DynAgility, where he was CTO, prior to which he was CTO at online marketing and analytics provider Fishbowl. At PreciseTarget, he will lead the Data Science and Technology teams. Graziano previously worked at home and business security specialist Alarm.com as Director of Consumer Marketing, building and leading the team.

Commenting on the appointments, McGovern said: 'I am thrilled to welcome Mitch, Andrew and Brian to PreciseTarget's senior leadership team. They bring valuable expertise to PreciseTarget as we deliver the industry's first data solution that understands the product and brand tastes of consumers'.