As more people work from home because of the Covid-19 pandemic, a number of privacy experts have raised concerns over the safety of videoconferencing app Zoom. 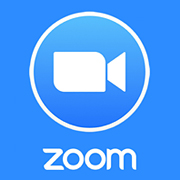 Privacy experts have previously expressed concerns about Zoom. Last year, security researcher Jonathan Leitschuh found that the Mac version of the software secretly installed a web server, enabling hackers to take control of users' webcams. Zoom fixed the issue, but was condemned for taking several months to do so. Then in January, security threat analysis blog Check Point found that hackers could guess Zoom Meeting IDs, making it possible for them to listen in on meetings that were not password protected. Again, the company has since put in place measures to address this.

Just last week Joseph Cox, writing for online tech sector magazine Motherboard, found that the iOS version of the Zoom app sent to Facebook information such as when a user opened the app, their time zone, city and device details, without first asking users for their consent. Zoom has now removed the Facebook integration code and sent an update to the app store.

Yesterday, New York attorney general Laetitia James sent Zoom a letter expressing concerns that its existing security practices might not be sufficient to adapt to the recent and sudden surge in both the volume and sensitivity of data passed through its network. The letter stated: 'While Zoom has remediated specific reported security vulnerabilities, we would like to understand whether it has undertaken a broader review of its security practice'.