Insight marketplace and MR tech provider Cint has expanded its APAC presence with the opening of an office in Singapore. 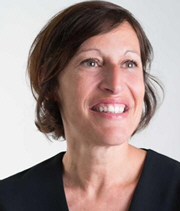 Commenting on the news, Karine Parsy (pictured), EVP, APAC, said: 'Our streamlined client engagement model has led us to further our APAC presence with a new collaborative, cross-functional team from sales, operations, engineering and customer success. We are continuing our investment in the region with our newest office in Singapore. Altogether, this move will strengthen our ability to better serve clients in the south-east Asia region,'

Across the APAC region, Cint has also hire Takaaki Kobayashi as Vice President of Sales, Japan, after serving as General Manager at NTT Com and at GMO Research. Also in Tokyo, Maria Chung has been promoted to the position of Partner Success Director, after seven years at the company.