Tesco-owned customer data firm dunnhumby has promoted Grant Steadman to the role of President of North America, focusing on growing and expanding partnerships with retailers and brands throughout the region. 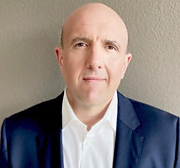 Founded by husband and wife team Edwina Dunn and Clive Humby in 1989, dunnhumby is best known as the data firm behind the Tesco Clubcard loyalty scheme. Steadman (pictured) joined nearly fourteen years ago, and for the past three has served as SVP, Head of Client Services for North America. Earlier he was President and CEO of dunnhumby Norway, where he founded dunnhumby's joint venture company with retail group Coop Norge. He began his career with the company in 2007, running the Consumer Markets division across sixteen countries from the global headquarters in London. Earlier, he worked for RAPP, Communications Solutions and Arc Worldwide.

In his new role, Steadman replaces Jose Gomes, who has left dunnhumby to join Google Cloud as MD of US Retail Industry Sales. Steadman reports to Chief Client Officer Marc Fischli, who comments: 'For the last three years Grant has helped develop and lead partnerships with key retailers and their CPG suppliers in North America, and he is the right leader to continue delivering on the strong momentum and growth. He is the consummate business development leader, a great and empathetic people leader, and his work with our many clients and partners around the globe has been brilliant'.