Little more than a year after joining insights agency Nunwood as Chief Strategy and Development Officer, James Walker has left to take up the post of Managing Director with video crowdsourcing agency MOFILM. 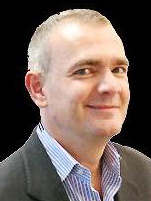 UK-based MOFILM provides a community for aspiring filmmakers, and works with global brands to showcase talent and create new ideas.

Walker joined Nunwood in November 2009, with a remit to help with the ongoing transformation of the firm's consultative approach, client services and international strategy, while leading its overseas expansion. At the time, CEO Clare Bruce described the appointment as 'a major coup'.

Previously, Walker served as Global President of Accenture Marketing Sciences, running the division after the consulting giant bought his firm Edge Consulting in 2002. Earlier in his career he held global leadership roles at MindShare and J.Walter Thompson, and served as Chairman of Brand Science.

'MOFILM is barely two years old and yet we have an enviable client list, and have created almost 7,000 videos for 60 different brands during that time,' states CEO Jeffrey Merrihue, who is a former Accenture Partner. 'We feel that we're only scratching the surface of the talent that is out there, and we're thrilled that James has joined the team to help lead our expansion.'