Austin, TX-based online conversation specialist Bazaarvoice is to acquire San Francisco-based PowerReviews, which provides a social media platform for ratings and reviews, for around $152m in cash and stock. 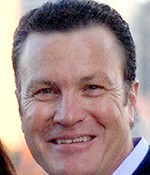 This is the first acquisition for Bazaarvoice, which announced an IPO in February this year, targeting $90m and eventually making $114m. It will pay up to $31m of the total in cash for PowerReviews and the combined company will have about 1,800 clients worldwide.

Bazaarvoice was founded in 2005, has 640 employees and focuses mostly on larger clients; PowerReviews began a year later, has around 120 staff and a customer base more focused on small and medium-sized businesses, which will allow Bazaarvoice to expand into this segment.

Bazaarvoice CEO Brett Hurt says the companies will combine their technology, content and data: 'Together, our companies can create tremendous value for retailers and brands and help us to achieve our purpose of putting the voice of consumers at the center of their business.' Ken Comee, CEO of PowerReviews, comments: 'One of the exciting aspects of this combination is the opportunity to drive innovation by bringing together our technology platforms and our great teams of technology professionals.'

Bazaarvoice says it can't comment as yet on its plans for PowerReviews' employees, but did give a glimpse into its forthcoming financials, which look impressive: expects revenue of $31 to $31.5m for the fourth quarter ending April 30, up more than 60 percent on last year; and first quarter revenue of $32.5 to $33m - both around 10 percent ahead of analyst expectations.

PowerReviews has raised $37 million from investors, including Menlo Ventures, Draper Richards and Lehman Brothers. Menlo, the largest shareholder with around 30% of the company, led the Series A round in December 2005 and said it had achieved a return of c.3 times its investment.