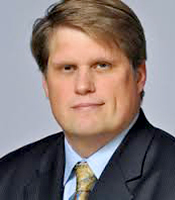 Bremer (pictured) joined the firm in 2011 as Group Chief Research Officer, having previously worked as CRO at Kantar firm Compete; as SVP, Global Representativeness at Harris Interactive; and as Co-Director of the Center for Innovation. During his career, Bremer has specialised in areas including non-probability sampling, rare populations, selection bias and online survey research, and he is known for having developed sample selection and weighting methods such as SmartSelect and SmartCorrect at Toluna, as well as the proprietary propensity score weighting technique used by Harris.

CEO Frederic Petit comments: 'Toluna has a reputation for research excellence and John's efforts, specifically the successful launch of our SmartSelect methodology, have contributed to this. John has earned the trust and respect of our clients, and he will continue work to achieve our vision for the future of market research.'