GfK has promoted Ivar Michaelsen too COO of its Consumer Experiences segment in the UK, Nordics and Baltics, replacing Ben van der Werf who is leaving 'to pursue new opportunities' 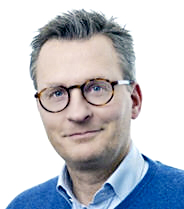 Michaelsen joined the global group from Nielsen earlier this year, and has been overseeing the Consumer Experiences business in the Nordics. He brings seventeen years of MR experience to the new role. At Nielsen, his roles included MD in Germany.

Debbie Pruent, Management Board Member responsible for the Consumer Experiences sector, who will be retiring at the end of December, says Michaelsen 'combines strategic and operational experience paired with a strong international focus' and adds: 'This will help our team in the United Kingdom in further developing the UK business while we push our global products and further drive integration throughout GfK'.