WPP has increased its holding in struggling Australian group STW Communications, owner of a number of data and MR agencies. 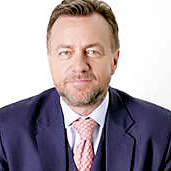 According to www.mumbrella.com.au , WPP investment vehicle Cavendish Square Holdings has added 10m shares, taking its stake in the company to 23.65%, as rumours of a WPP takeover bid continue. The two firms are joint owners of Mindshare.

It's four months since CEO Mike Connaghan announced a 'bruising' restructure including the merger of a number of businesses to reduce the Group from 80 to around 50 subsidiaries. The move followed a troubled 2014 and a slump in share price. Two months later, STW reported 'disappointing' results, with organic revenue down 4.2% and underlying net profit after tax sliding 22.5% to $15.1m.