WPP has continued its large-scale purchase of comScore stock, adding around $7.2m worth in three purchases since the morning of 24th December. 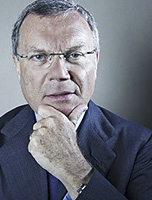 comScore, whose stock is still well down on its 1-year high of $65.00, is on target to acquire cinema and TV audience pioneer Rentrak for around $732m, if given the go-ahead at shareholder meetings later this month. WPP took a large stake in comScore lust under a year ago, and also acquired one sixth of Rentrak in December 2014.