Flamingo to Open in Jakarta

UK-based consumer and cultural insight agency Flamingo is opening its eight office next month, this time in Jakarta, Indonesia. The new operation will be headed by Adri Reksodipoetro, who was previously MD of the firm's APAC hub in Singapore. 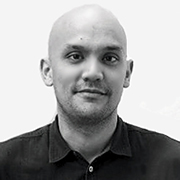 Flamingo was founded in 1997 by Kirsty Fuller and Maggie Collier and acquired by media and marketing holding group Omnicom a decade later. As well as offices in London, the company operates from Mumbai, New York, São Paulo, Shanghai, Singapore and Tokyo.

The new office will draw on the expertise and resources of the APAC team to service local Indonesian clients, as well as international clients looking to conduct projects in Indonesia. Before joining in 2012, Reksodipoetro (pictured) was Research Director at Hall & Partners; AD, Qual Specialist Group at TNS; Senior Researcher, Multi-country Studies at TNS Healthcare; and Senior Researcher at Prompt Research in Indonesia. He will be supported by former Flamingo Singapore exec Widad Jamil, and new recruit Tamy Rinaldi.

Fuller comments: 'Indonesia has the fourth largest population and one of the fastest growing economies in the world, and demand for Flamingo's services in Indonesia has increased significantly in the past few years. Our local presence will aim to bring our international expertise and point of view to Indonesia'.