Creston to be Acquired by Investor

UK-based marcoms group Creston plc is to be acquired by DBAY Advisors, a fund manager based in the Isle of Man, for 126.42 pence per share, in cash, valuing the group at around £75.8m. 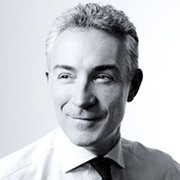 The deal has been recommended by the board of Creston and is subject to approval by its shareholders, and other closing conditions. The price represents a premium of around 35.2 percent over the most recent closing price for Creston stock (93.5 pence), or 26.8 percent above its most recent three-month average price. DBAY already held a fraction over 28 percent of Creston's stock when the announcement was made, and one of its execs Iain Ferguson was recently appointed to the Creston board.

DBAY CEO Alex Paiusco said of the buy: 'We have been significant investors in Creston for over two years and are excited about this opportunity to help develop the business, alongside its management team and employees, and to fulfil its potential'.

In its results for the half year ended 30th September, Creston reported revenue of £40.0m, with like-for-like revenue down 4% to £38.7m, but also growth in Headline PBIT (up 13% to £4.5m) and margin due to on-going operational efficiencies. Group CEO Barrie Brien (pictured) said that in a 'challenging economic and trading environment', the group had 'achieved steady progress' in implementing its five-year strategy of growing the breadth of services to clients under the Unlimited offer, but 'in light of uncertain market conditions' the sale to DBAY represents the best way to 'deliver value for shareholders, clients and staff' - including the ability 'to continue to grow the Unlimited Group as a private company'.

Nigel Lingwood has continued to act as Non-Executive Chairman on an interim basis - having found in early October 'an appropriate candidate' to fill the role more permanently, the board has postponed the decision because of the sale.