UK-based video analytics firm Big Sofa has expanded to the US with the official opening of an office in Philadelphia, PA. 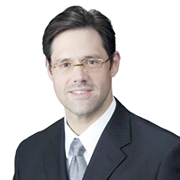 The firm is headquartered near London Bridge and began life as a research agency in 2005, founded by former Research International CEO Simon Lidington and organisational psychology specialist Matt Lynch. Since that time it has refocused around a platform which allows users to upload, edit, analyse and share video and other digital content.

The US office has a staff of six, led by Steve Aukers as US CEO, and recent hires, COO Kevin Dermody and Chief Growth Officer Sheri Lambert. Aukers (pictured), who has more than 25 years' industry experience, joined last year from J. Reckner Associates, where he was CEO. Prior to this, he was Head of Strategic Planning at TNS, and Head of Marketing Research and Strategic Intelligence at DHL Worldwide Express. Dermody was previously President of InStar Research, while Lambert served as Head of Travel and Leisure at Leger, and SVP at Ipsos.

Commenting on the news, Lidington said: 'Establishing a high quality North American presence was one of the key near-term goals of December's IPO, as we look to take advantage of the growing demand for video and image based research in the biggest spending market. I am delighted that we are now physically up and running in the US, with a growing team creating genuine momentum'.