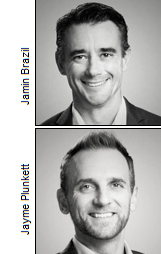 FocusVision was founded in 1990 as a provider of live video transmissions of qualitative research, but its former owner SV Investment Partners expanded its coverage through the acquisition of several businesses to build an end-to-end MR technology service provider. In December 2015 the firm was acquired by its management team, with support from private equity group EQT. Aside from Decipher, it has also acquired software firm Kinesis Survey Technologies, Qualvu and its qual intelligence platform 24Tru; Research Reporter developer Insight Marketing Systems; research tool developer Revelation Global; and MR video streaming firm ActiveGroup.

Decipher was launched in 2000 by Brazil and Plunkett, who had worked together previously at MACRO Consulting; and was bought by FocusVision in 2015. Brazil was named FocusVision CEO last year, while Plunkett served as the firm's Chief Product Officer. It is not known what their next career moves will be, and at the time of going to press DRNO's requests to them and EQT for further information have not been answered.