Share Crash, Review and Change at the Top for Nielsen

Earlier today, shares in Nielsen fell 27% after the firm lowered its outlook for 2018 and announced that CEO Mitch Barns will be retiring at the end of the year. 'Watch' continued to perform well in the second quarter while its sister 'Buy' division has seen consecutive revenue declines. 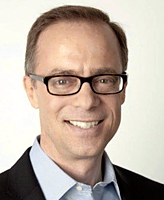 Nielsen reported a group revenue increase of 0.2% - a decline of -0.7% in constant currency terms - to $1.647bn for the second quarter, while announcing it is conducting an in-depth strategic review of the firm's consumer purchase 'Buy' segment. During the period, Buy revenue decreased 4.1% to $789m, or 5.4% on a constant currency basis, compared to the second quarter of 2017, while in 'Watch', revenue increased 4.5% to $858m, or 4.0% on a constant currency basis. Nielsen's Board of Directors, together with management, is conducting the Buy segment review, led by Board Chairman James Attwood, who has been named Executive Chairman.

For the group, net income decreased 45.0% to $72m (down 45.9% in constant currency terms). During the second quarter of 2018, the company recorded restructuring charges of $65m, which it says reflects its continuing efforts to 'rightsize' the business, the current market realities, and acceleration of its cost-out initiatives. Adjusted EBITDA fell 8.1% to $468m, or 8.2% in constant currency terms. CFO Jamere Jackson, commented: 'In the second quarter, we continued to move forward on our multi-year transformations across Watch, Buy, and operations. However, our progress was not reflected in our financial results, which are disappointing and came in below our expectations, and we are lowering our outlook for 2018'. Today's share price represents a ten-year low for the company, and around 40 percent of its high water mark in 2016.

Separately, Nielsen announced that Barns (pictured) will be leaving after five years as CEO and 21 years with the company. The Board will immediately commence a search process to identify a new CEO, and Attwood, a Managing Director at The Carlyle Group, will assume a more active role and will direct the search for new leadership. Attwood stated: 'Mitch has left an indelible mark on Nielsen - his commitment to integrity, openness, values and engagement will continue to be the heart of this company for years to come. I, along with the rest of the Board of Directors, thank him for his service'.

Barns has spent 21 years with Nielsen, following on from a dozen at Procter & Gamble. He replaced David Calhoun as CEO in January 2014. In 2013, before he took the helm, Nielsen had revenue of $5.7bn - this had increased to $6.57bn by 2017, a rise of around 15 percent in four years which have seen some rivals struggle to post significant growth. During this time Watch, buoyed by the February 2017 acquisition of media and entertainment data provider Gracenote, has continued to grow and has surpassed Buy, which enjoyed an excellent 2015 before entering a phase of decline.