Ipsos has completed merger clearance for its acquisition of four global divisions of GfK's Custom Research Business, and the deal is expected to close on 1st October. 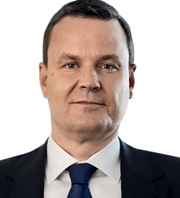 In August last year, GfK announced a transformation and investment programme, following what it described as a 'difficult year' and the sale of 18.54% of the business to US-based private equity firm KKR (Kohlberg Kravis Roberts). GfK then sold its Custom Research operations in the Baltic Republics of Estonia, Latvia and Lithuania, excluding its Retail and Technology arm, to full-service agency RAIT.

The sale to Ipsos was announced on 30th July 2018 and was conditional of mandatory clearances from relevant anti-trust authorities in the 26 countries in the scope of the agreement. At the time, GfK CEO Peter Felddescribed the sale to Ipsos as the next step in transforming the company into a 'truly technology enabled data analytics provider'. The deal, which excludes consumer panels in Spain and Portugal, will see GfK employees from 25 countries joining Ipsos.