UK-based big data video analytics firm Big Sofa has promoted Flamingo co-founder Kirsty Fuller to the role of Chief Executive Officer, just six weeks after she was named Chief Commercial Officer. She replaces Simon Lidington, who has stepped down from the role but remains on the Board. 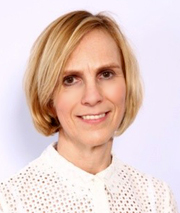 Big Sofa was founded in 2009 (then known as The Insight Exchange Partnership) by former Research International CEO Lidington and organisational psychology specialist Matt Lynch. The firm offers a platform for users to upload, edit, analyse and share video and other digital content, along with the Video Observer solution, which uses automated technology to analyse in-home and in-store behaviour.

The firm - in which Ipsos became an investor in March this year - also has an office in the US. Fuller (pictured), who joined Big Sofa in September, co-founded consumer and cultural insight agency Flamingo with Maggie Collier in 1997, grew its turnover to more than $45m, and sold it to Omnicom at the end of 2006. She left last year, after Omnicom closed seven of Flamingo's eight global offices, citing 'underperformance'.

Nicholas Mustoe, Chairman of BigSofa, comments: 'Kirsty is a highly-regarded expert in the field of consumer insight, and a proven business leader, having co-founded, grown, sold and then continued to run one of the world's most successful qualitative research agencies. I should also like to thank the company's co-founder, Simon Lidington, for his ongoing contribution in identifying the opportunity for video analytics technology and services within consumer insight, in developing the business and, most recently, in attracting one of the world's largest market research organisations to become a major shareholder'.