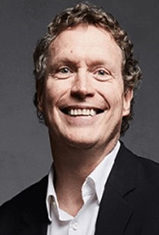 In his new role, Friend will provide leadership to stimulate SE/ASI's growth through the refinement and development of new products. He will report to company founder and CEO Kevin Goetz, who comments: 'I am so excited Bruce is joining our senior executive team. I have known Bruce for decades. I worked alongside him at OTX and he was my client at Sony. Bruce brings extensive experience and an active curiosity that will put us on the frontier of innovation'.