comScore's PostTrak Expands Beyond US

comScore has rolled out its PostTrak real-time box office and polling solution in four new markets: Australia, Germany, Mexico and the UK. 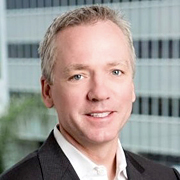 PostTrak was originally launched in 2012 by multi-screen measurement specialist Rentrak (later acquired by comScore) in partnership with film industry MR consultancy Screen Engine. The solution measures all widely-released films during their opening and second weekends. Using information gathered from movie theater exit polls, the tool also combines comScore's box office intelligence with Screen Engine/ASI's research capabilities to provide market-level audience information, offering early direction on how audiences engage with and respond to films. It includes reporting on moviegoers' sources of awareness about the movie, the primary reason for attending, and the most likely means of communicating about the film.

Jim Zak (pictured), comScore's SVP, Movies, comments: 'Leveraging more than six years of history for all wide release films, PostTrak is the industry currency for demographic and moviegoer insights within the US. Its domestic success has given us the opportunity to bring the same audience insights to our partners in the international space. These four territories - Australia, Germany, Mexico and the UK - further extend audience representation and we look forward to expanding to additional markets from all corners of the globe'.