Scott Ernst, Global CEO of online specialist Macromill, is to step down after the group's annual shareholders meeting in September. Toru Sasaki, Representative Executive Officer for the group's Japan Operation, will take over the role. 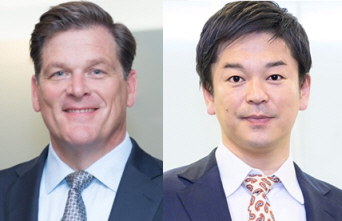 Headquartered in Tokyo with 50 offices across the Americas, EMEA and Asia Pacific and employing 2,500 experts worldwide, Macromill comprises a number of specialist companies which provide data and insights. This group includes MetrixLab, Dentsu Macromill Insight, M-Cube, Precision Sample, and H.M. Marketing Research, among others.

Ernst joined to lead the group in 2015, and two years later led its IPO. He previously helped set up four venture-backed start-ups; serving as Millward Brown President, responsible for overall management of the firm's digital business; and working for WPP sister company Compete, where he oversaw strategy and operations. He also served as a Board director or advisor for Ditto Labs, Drift, Massachusetts Innovation & Technology Exchange, and mySupermarket.

Sasaki joined Macromill in 2003, after working at Ikko and ABC Mart, and was appointed as Executive Officer/General Manager of the Online Research division in 2010, then Executive Officer, Head of Japan Operations in 2015. After Sasaki takes over the CEO role, Ernst will remain as an advisor to ensure a smooth transition.

Commenting on the news, Ernst explained: 'The past five years have been tremendously rewarding, both personally and professionally, and I am proud of what we have accomplished. We have started our ambitious plans to transform Macromill into the essential insights and data partner for our clients. I believe we have the right team and strategy to deliver on this vision and that now is the right time for me to entrust a new leader to guide the company'.