The Stagwell Group, owner of the Harris and Harris Poll brands, has proposed a merger with marcoms group MDC Partners, to create a single entity which it says would have generated more than $2 billion in net revenue last year. 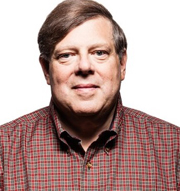 A letter proposing the merger was delivered to the MDC Board of Directors yesterday, pointing out that the merger would create the eighth largest marketing services company in the world, while strengthening MDC's balance sheet and credit profile. The proposal values MDC Class A shares at $4.25 per share on a fully diluted basis, an implied premium of 263% to its closing price of $1.17 per share on June 24th. Holders of existing MDC Class A shares would own 18.5% of the combined company on a pro forma basis.

MDC's Board of Directors has now formed a special committee consisting of independent directors who will review the preliminary, non-binding proposal. Penn states: 'I am excited about the potential combination of MDC Partners and Stagwell and expect the combined company will deliver meaningful shareholder value creation, accelerated growth and enhanced services to clients'.