In California, Nielsen has sold its entertainment research subsidiary NRG to Stagwell Group, the investment company formed recently by Mark Penn, co-founder of Penn Schoen Berland. Terms were not disclosed. 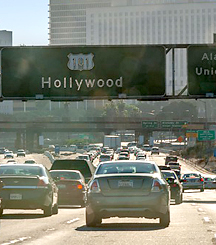 Upon closing of the transaction, former employee Howard Ballon will take up the role of Interim CEO of NRG (National Research Group), which has more than a hundred employees and offices in Los Angeles and London.

NRG was founded in 1978 by Joseph Farrell and Catherine Paura, and sold to Nielsen in 2002. Paura and her sister Angela (a former COO of NRG) set up a new entertainment research company, Capstone Global Marketing and Research Group, in April 2012. Today's NRG provides global tracking metrics for works for Hollywood studios, prior to the release of movies, and works with their home entertainment divisions and other entertainment sector clients. The firm conducts more than a million interviews online and by mobile across the world's thirteen biggest movie markets, as well as test screenings, focus groups and exit surveys.

Penn left a senior role at Microsoft in the summer to start Stagwell, which has raised $250 million in funding and set out to make up to $750m in acquisitions in the digital marketing services arena. Investors include former Microsoft CEO Steve Ballmer, and the firm has already acquired Democratic PR firm SKDKnickerbocker LLC for around $75m. Penn is the Managing Partner and President of private equity fund Stagwell Media LLC, which is the actual buyer of NRG.

The sale has been in the offing since at least June, when Nielsen appointed banker Jordan Edmiston to examine options, and reports emerged in July that around a dozen of NRG's middle-ranking execs had been laid off in LA. Reports suggest NRG will continue to operate as an independent firm within the Stagwell Group.

Penn says of the deal: 'We are excited to welcome NRG into the Stagwell family of companies and as a market research practitioner for the last 40 years I'm particularly pleased to add these key capabilities. NRG has been a global leader in Hollywood market research and we see product innovation as a key ingredient for success in a rapidly changing entertainment marketing landscape'.

Additional info from www.hollywoodreporter.com and www.deadline.com .