In London, consumer insight technology firm Lumi Mobile has appointed former Insight International CEO Dan Foreman as Head of Business Development, to work alongside the firm's staff at its offices in New York, and Vaasa, Finland. 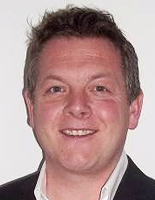 Lumi offers mobile technology for real-time audience engagement, while its proprietary RE4CTOR software is used by researchers to provide an understanding of consumer attitudes, opinion and behaviour. Last November, the firm struck a deal with Kantar, which took a £2m minority stake in Lumi in exchange for help with commercialising its mobile technology.

Foreman joins with a 17 year market research background. Most recently, he served as CEO of full service agency Insight International, prior to which, he led international business development for ActiveGroup, he was MD of online agency Opinium, and he set up the London office for FocusVision. Earlier in his career, Foreman worked at WFCA, Incite, Added Value and Research International, and client side as Research Director at Kimberly-Clark.

Richard Taylor, CEO of Lumi Mobile, comments: 'I'm delighted to welcome Dan aboard at a particularly exciting time for Lumi. The recent launch of our Lumi SURVEY mobile survey platform has been hugely successful and we are busy reaching out to the research industry.'