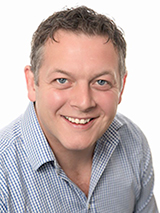 Foreman (pictured) joined Lumi recently after a spell as CEO of full service agency Insight International, prior to which he led international business development for ActiveGroup, was MD of online agency Opinium, and set up a London office for FocusVision. Earlier in his career, Foreman worked at WFCA, Incite, Added Value and Research International, and client side as Research Director at Kimberly-Clark.

ESOMAR's election canvassed the views of more than 5,000 members in 120 countries. Foreman, who has served as a Council Member since 2011, says he is looking forward to raising the level of debate around the role of market research in business, government and society.

He replaces Dieter Korczak, who is the owner and MD of GP Forschungsgruppe Institut für Grundlagen und Programmforschung in Germany.

Korczak will remain on the Council in an ex-officio capacity as Past President during the new term, while Mike Cooke, Vice President, and Gunilla Broadbent, Council Member ex officio, are stepping down.