GfK has announced the appointment of Warren Saunders as General Manager for Northern Europe, with responsibility for the global group's business activities in the region. 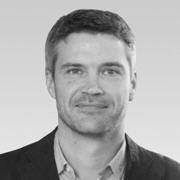 Northern Europe in GfK's definition includes the UK, Nordics and Baltics and is home to just over a quarter of the group's c.13,000 employees. The region has been overseen by group Chief Customer Officer Christian Erlandson since February, when Ivar Michaelsen moved to the role of Senior Vice President of Market Insights.

Saunders (pictured) starts on 24th September and reports to Erlandson. He joins after four years at Sony Mobile Communications, where he worked first as Sales Director for the UK and Ireland, then Country Head for UK and Ireland - responsible for Sony's entire mobile business in both countries. Prior to Sony, he worked for the UK division of Samsung Electronics, as Head of Sales for its UK mobile business, and earlier (from 2009 to 2012) as Global Account Director for the Hutchison Group account, establishing Samsung as the key smartphone supplier.

Erlandson says GfK 'has won a Senior Leadership Team member with longstanding management experience and a strong track record in our focus area and key markets'. He adds: 'I am sure that he will significantly contribute to strengthening the competitiveness of GfK in our Northern European markets and support our team in bringing our company back on a sustainable growth path'.

The group is online at www.gfk.com .