Revenues Up 24% at Research Now

Online research and panels specialist Research Now has beaten its predictions for first half revenues, growing them 24% to £23.6m (2008: £19.1m). 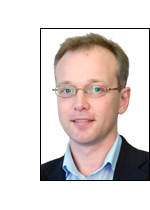 During the period, gross profit rose 30% to £18.5m (2008: £14.2m), while gross margin increased to 78% from 75% the previous year. The latter was driven by increased utilisation of the group's proprietary own panel network, Valued Opinions, and reduced purchases of third party healthcare fieldwork in the Americas.

In Europe, first half revenues grew 14.1% to £11.3m, although the firm experienced a decline of business in the UK and Germany which it says reflects reduced client budgets and competitor pricing in certain segments.

The North American business grew 8.7% during the period, and the Asia-Pac region saw sales growth of 26.8%.

'Our first half results are excellent, especially as they were achieved against such a weak economic backdrop. We have benefitted from the combination of our global network, a high level of repeat business and tight cost control,' said CEO Chris Havemann.

The firm plans to open new offices in Italy and Spain in the second half of the year, and it is also implementing plans to enter the Japanese market and develop new products such as online advertising effectiveness testing.

'Looking forward, we remain positive that 2009 will be another year of profitable growth. We're nimble enough to react to toughening conditions, and we have terrific opportunities ahead of us,' added Havemann.

Research Now has proprietary online panels in 36 countries and employs 419 staff in 17 offices across seven countries.