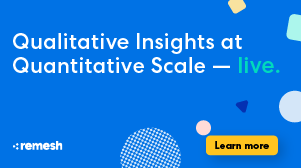 Arbitron is to speed up its planned increase in diary market cell-phone-only (CPO) household sample, raising it to an average of 15% of total sample across all its diary markets in the US, including Hawaii and Alaska, by Spring 2010.

The ratings giant says that when implemented, the increase will represent a rise of 50% from the year-end 2009 sample target. Previously Arbitron had planned to reach this level by the end of 2010.

Since its Fall 2009 survey, the firm has implemented CPO sampling in all its 268 diary markets, and completed its roll-out to all its rated radio markets in the 50 US states including diary and PPM-based ratings services.

Arbitron began CPO sampling in 151 diary markets during the Spring 2009 survey, where it yielded a 25% gain in the Designated Delivery Index (DDI) sample quality metric for persons aged 18 to 34.

'Arbitron is committed to reflecting the increasing trend of CPO households across the US, which is why we've moved up the date to increase the number of these households in our samples,' said CMO and EVP Alton Adams. 'Our continuous improvement program means that we are always raising the bar to enhance the quality of our services.'