In the US, social networking solutions firm Lithium Technologies has acquired social media monitoring company Scout Labs. According to Lithium co-founder and CEO Lyle Fong, a price of between $20m and $25m was paid to close the deal. 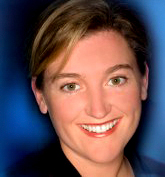 Scout Labs began developing its product and recording data in 2006, and honed the application through a series of private beta cycles in 2008 and its public release in 2009.

This is Lithium's first purchase, since it raised $18m in Series C equity funding at the beginning of the year.

The firm says the acquisition will expand its customer engagement suite with the addition of Scout Labs' social media analytics engine, to provide insights into customers' behavior within customer communities and broadly on the social web.

'Scout Labs records social interactions anywhere on the web and develops a contextually rich analysis of customers' behavior over time,' explains Fong. 'When combined with our own customer engagement data, this will give our clients the most detailed picture available of their customers' social behaviour.'

Scout Labs' solution will be fully integrated into the Lithium platform, but will also continue to be offered as a stand-alone product.

Jennifer Zeszut, Scout Labs CEO, says that the partnership will 'narrow the gap between social insight and social action'.

Lithium has 150 employees, while Scout Labs had about 20 employees, some of whom will continue to work at its San Francisco offices.